I am late with Christmas cake baking this year (later still with writing this post). I find it strange to bake a cake months in advance and feed it with alcohol... and I try not think about the cake's age when eating a divine, moist slice. I am also a procrastinator, which doesn't help.


Essentially, I use a standard recipe from a BBC Good Food magazine a while back. It is also online here. I don't have a family recipe as we Swiss don't bake Christmas cakes but indulge instead in making many varieties of dainty Christmas biscuits. More of that in December. 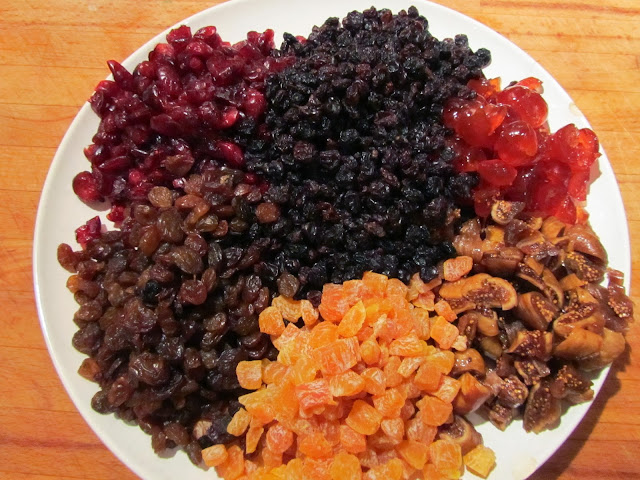 I rummaged in my spirits cabinet and found a bottle of Swiss Cherry brandy (Kirsch). Having used up the Calvados last year and not having sloe gin as used by Anne here (next year!), I settled for the Kirsch. In Switzerland, Kirsch is often used to dunk a piece of bread before dipping it expertly into a cheese fondue. This is quite a task I can tell you here, especially because the Kirsch saturated piece of bread will be disintegrating rapidly. But I grew up to be and expert bread dunker and it is the uninitiated who loose their bread.
I am not only a procrastinator, I also tend to go off topic... 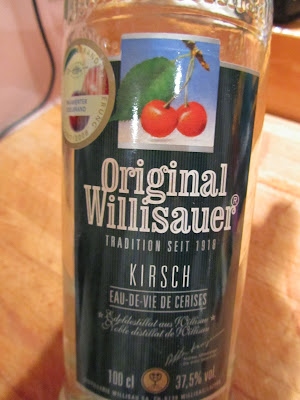 For the actual cake, I creamed 250g of unsalted butter with the same amount of light brown sugar and two teaspoons of vanilla essence. Then I added 4 eggs, one by one. It still curdled (and yes, the eggs were at room temperature).

To this come 2 teaspoons of mixed spice, the zest of and juice of 4 clementines, 200g of plain flour and the fruit. Gentle mixing with a spoon at this point only. I don't know if it this matters but the electric mixer can't cope with the fruit. I like to use a square tin because I like even cuboid slices of Christmas cake. 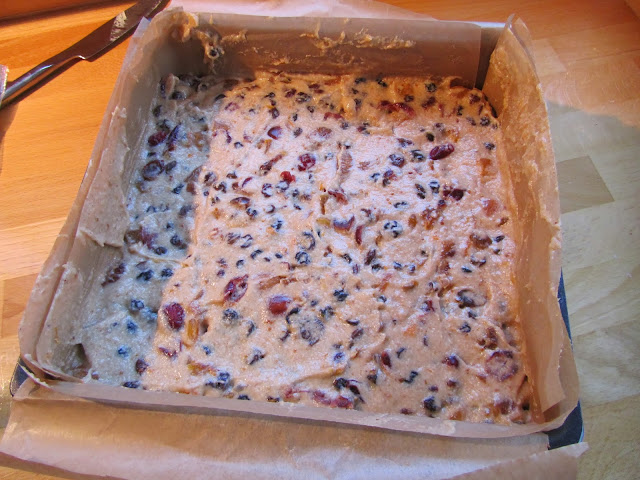 I baked the cake at 160 centigrade for 90 minutes, lowered the temperature to 140 centigrade and baked the cake for a further 40 minutes.
To stop it from burning on the side I wrapped the cake in some layers of Times Higher Education that I found in the recycling. I guess the Guardian or any other newspaper would do, too.

And here is number one of my cakes. I baked two this year, one for us and one to donate as a raffle price for the School Christmas Fair I help to organise. 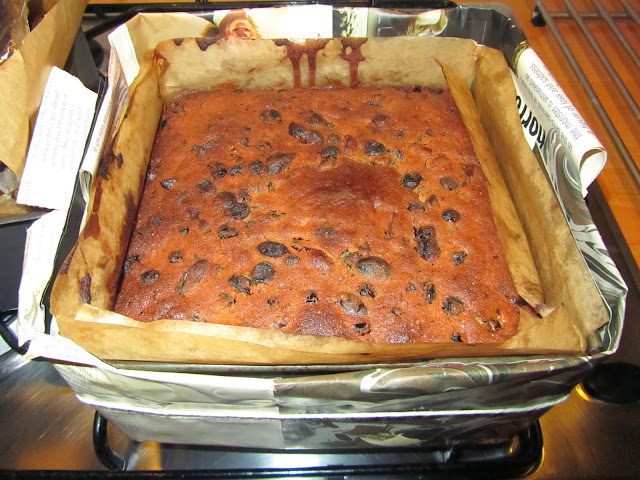 It is now wrapped, waiting to be fed with some more Kirsch next week.
How do you like your cake? Do you have any family recipes?