This year has flown by, hasn't it? I never really kept track of my reading until this year and I am surprised to see that I have actually a book per week on average. Who would have thought?

As I have done every month this year, I am linking up again with Laura over at Circle of Pines. On her blog Laura hosts The Year of Books 2014 where bloggers share their reads. I have found some great reading suggestions there and I am sure there is a book waiting for you, too.

My November book was "Empire Antarctica. Ice, Silence and Emperor Penguins" by Gavin Francis. We read this book with my local book group. I can't remember why we chose the book but it wasn't well received by most. I quite liked it actually but it is not a book you can read for a long period of time, it is a bit same old same old. Empire Antarctica is a personal account of the author, who spent a full year on an Antarctic station where he was employed as the station's doctor. He must have had lots of time to read because there is a lot of information on Antarctic explorers and plenty of reference to books he read in the station and on short expeditions in tents. At times, the writing seems a bit forced. One lady in my book group described it as 'making good use of Thesaurus'. Gavin Francis describes the small group of people wintering on the station but I found the descriptions lacked warmth at times and I wonder if several months of complete isolation made for rather strained relationships. I was also a bit annoyed by the utter worship for emperor penguins, in particular Gavin's unexplainable urge for dissecting penguin cadavers. I suppose it is good to read book outwith my comfort zone but to be honest, I like a good story and this wasn't one.

On my ipod I had Christopher Fowler's "Bryant & May and the Bleeding Heart: A Peculiar Crimes Unit Mystery". I absolutely love this series of crime novels and find the lead character, Arthur Bryant, adorable. He must be ancient, well past his retirement age. But I do like all the other staff of the peculiar crimes unit, too. They are (by necessity?) rather on the eccentric side, which makes them likeable for me. Anyway, this particular book is centred around a disinterred bodies. It is not as gruesome as you might think!

I also listened to another Iain Banks novel, "Transition". This was a weird one! It took me a while to get into the story but once I figured out what was going on I liked it. The problem with audio is that you can't easily flip back a few pages if things get muddled. It probably didn't help that I kept falling asleep and had to "rewind" every day until I found where I fell asleep the night before. More or less. I am not sure how to describe the plot (if there is one) but maybe I can tickle your interest with a few buzz words: infinite number of universes, transitioning between those, saving the world (but which one?), interesting characters, sex (plenty), and a "happy" ending.

I finished Iain Banks "The Bridge" early in November. I have read this book before, at a time when I was not very familiar with the Scots language and accent. The Bridge 'leads from nowhere to nowhere, the mysterious world-spanning structure on which everyone seems to live. Rescued from the sea, devoid of personality or memory, all John Orr knows is the Bridge, his persistent dreams of war, and his desire for Chief Engineer Arrol's provocative daughter, Abberlaine' (quoted from Goodreads). It is an early Banks and still one of my favourite. I think I like the weird and wonderful. 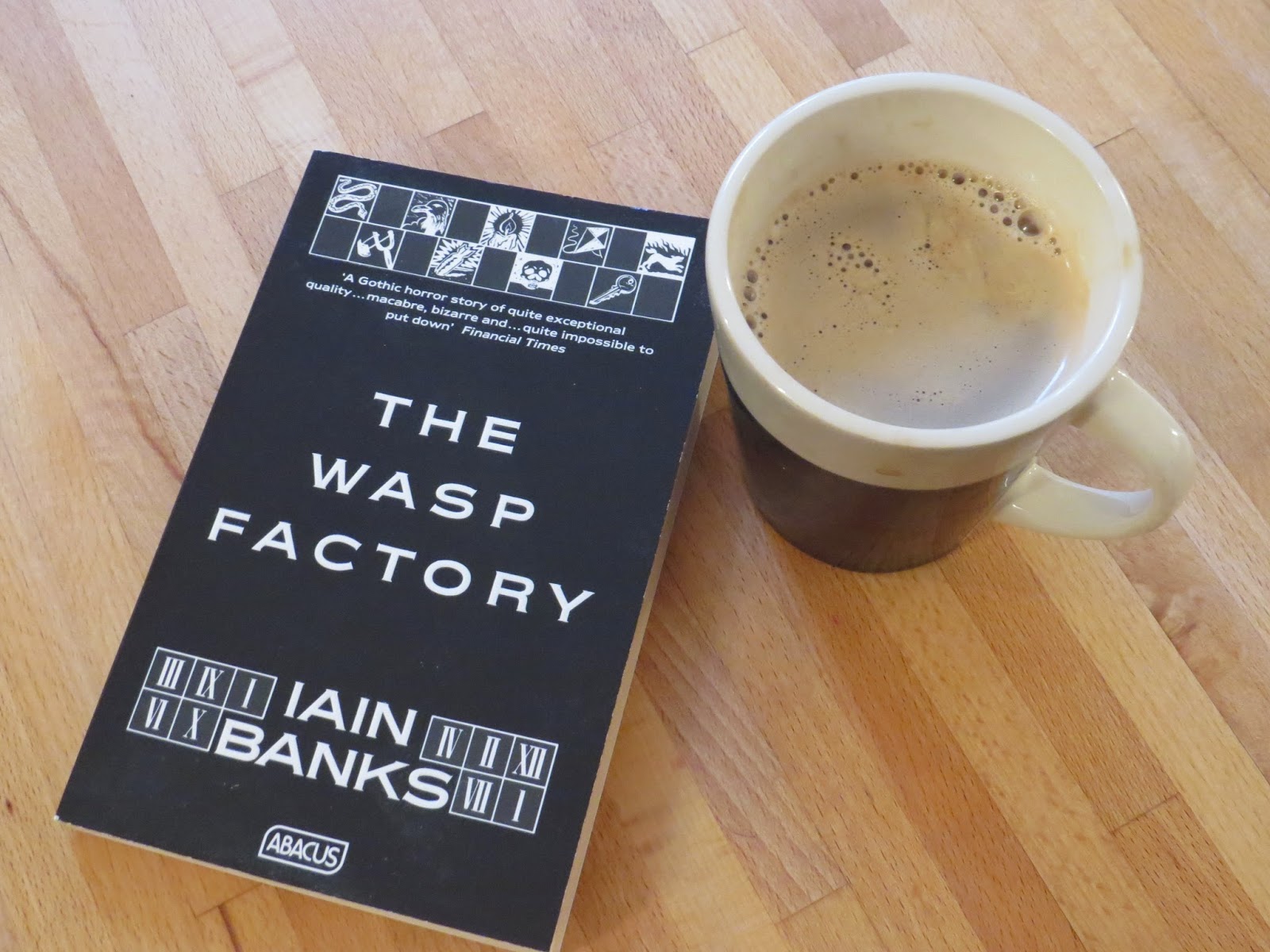 I have big plans for December. I am going to re-read yet another Iain Banks, just because: "The Wasp Factory". I am also listening to "The Bone Clocks" by David Mitchell. This is a long long book, it is a full 24 hours if narrative. I also want to finish Kristie Hammond's "The Moment". I won it in Kristie's giveaway last month and you can read all about it here. It is children's fiction and I am hoping to read it to James and Alistair, although I think they might be a little young for it. I actually have two copies because Kristie's publisher sent me a second copy a few weeks after the first one. If you fancy the spare one, please let me know and I'll post it. First come first serve.
You might think this is a lot to read for just one month, particularly since I have my dissertation deadline on the 15th... But I am expecting to be really bored after that deadline with nothing to do in the evenings! But for now I really should be writing the final few paragraphs of my dissertation rather than a blog post... I may not be able to check-in here until I have submitted my grand opus.

Have a lovely week my friends!  Cx