a Missoni scarf and a small roundup of news

How was your weekend? Ours was a good one as far as I am concerned. The others seem happy also.

On Friday I went out to the dancin' with three girl friends. I haven't done anything like it in a long time. It was so much fun although I might have had one enhanced cranberry juice too many. We called for a taxi to drive us into town just before 11 pm. Just imagine. I haven't been in town on a Saturday night for donkey's years but nothing much has changed. Of course I spent my 'clubbing' years in a different part of the world but I have ventured out on a few occasions here, too. It was 90s music night in the Flying Duck Club. The 90s seem like a long time ago!
The rest of the weekend was just the usual, a bit of tidying and cleaning, a bit of cooking, a bit of shopping, lots of crochet and telly watching, cycling, playing, walking and audiobook listening. Not all of us did everything of course! We also made the best of the good weather: clearing up the garden, jumping on the trampoline, sitting in the sun, and watching the four legged family members enjoy the warmth of the sun. 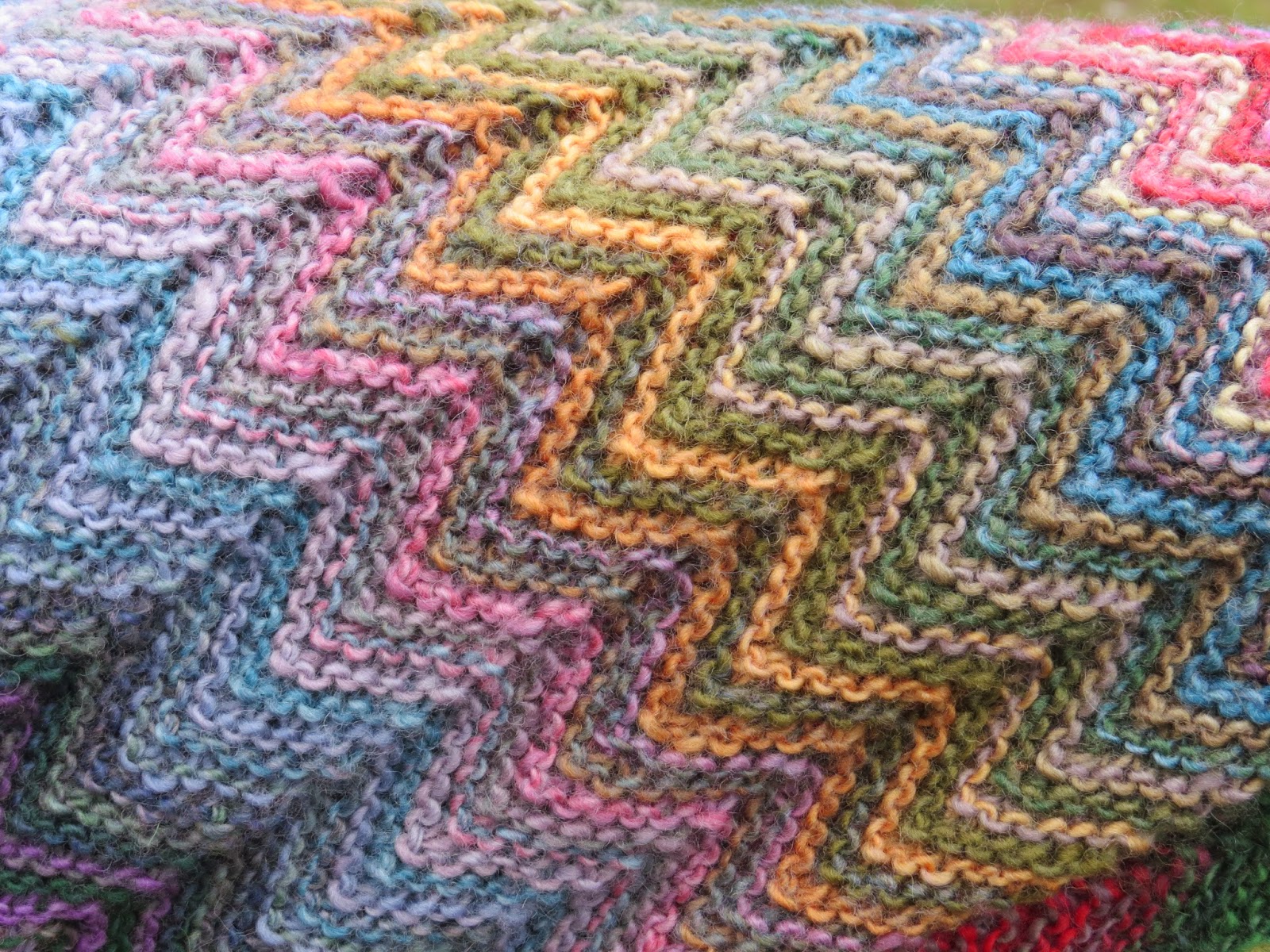 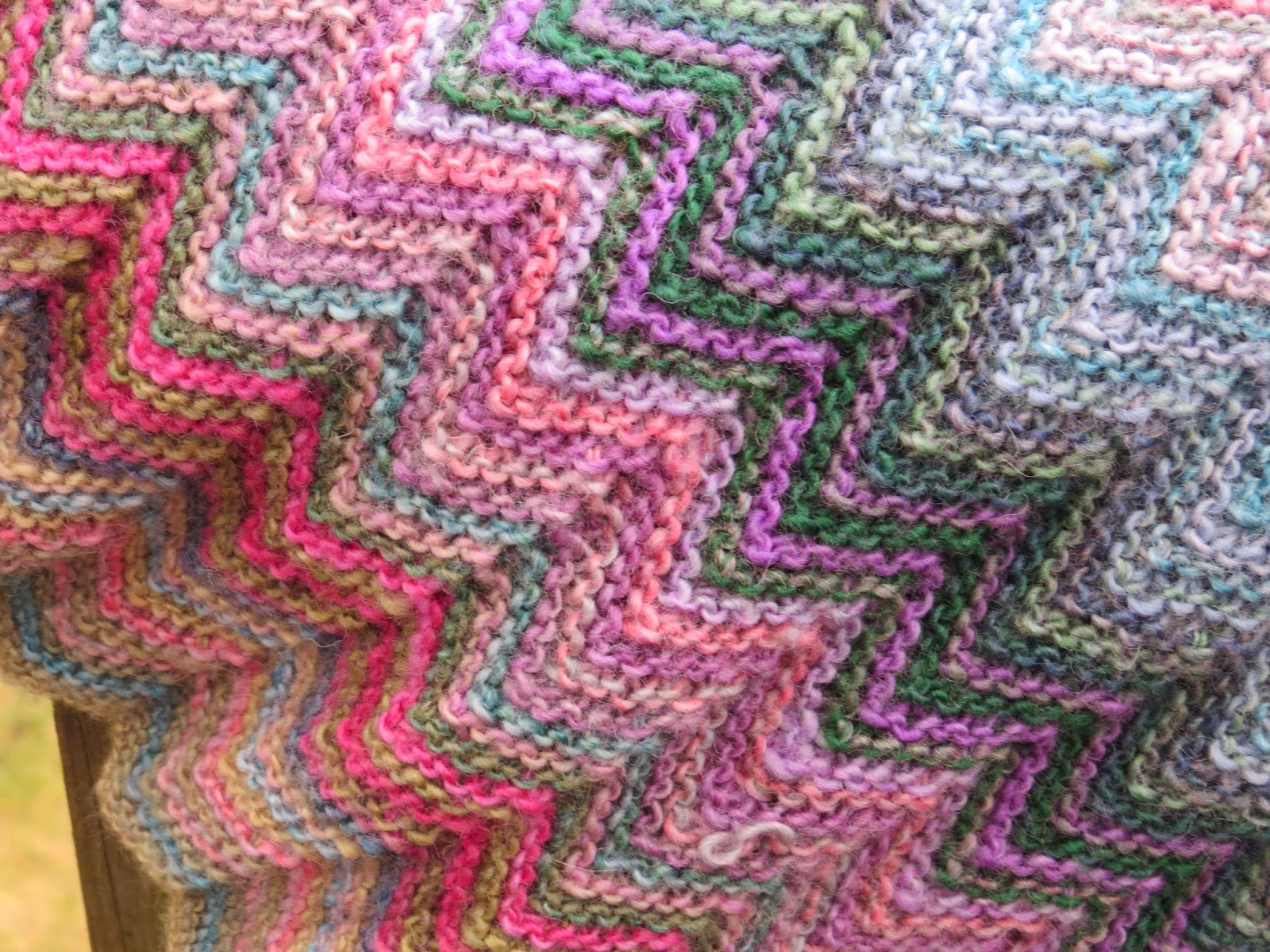 I have been waiting for some decent daylight to take pictures of my new scarf. I finished it just in time for the last few weeks of cold weather. The designer says she was inspired by Missoni. Being a bit of a fashion non-entity, I had too google image to see what that meant. I liked it for the colour and the sophisticated stripes. I love to use self striping yarn but it never occurred to me to use two different colourways and alternate those. Such as simple yet effective way to achieve an amazing stripe effect. 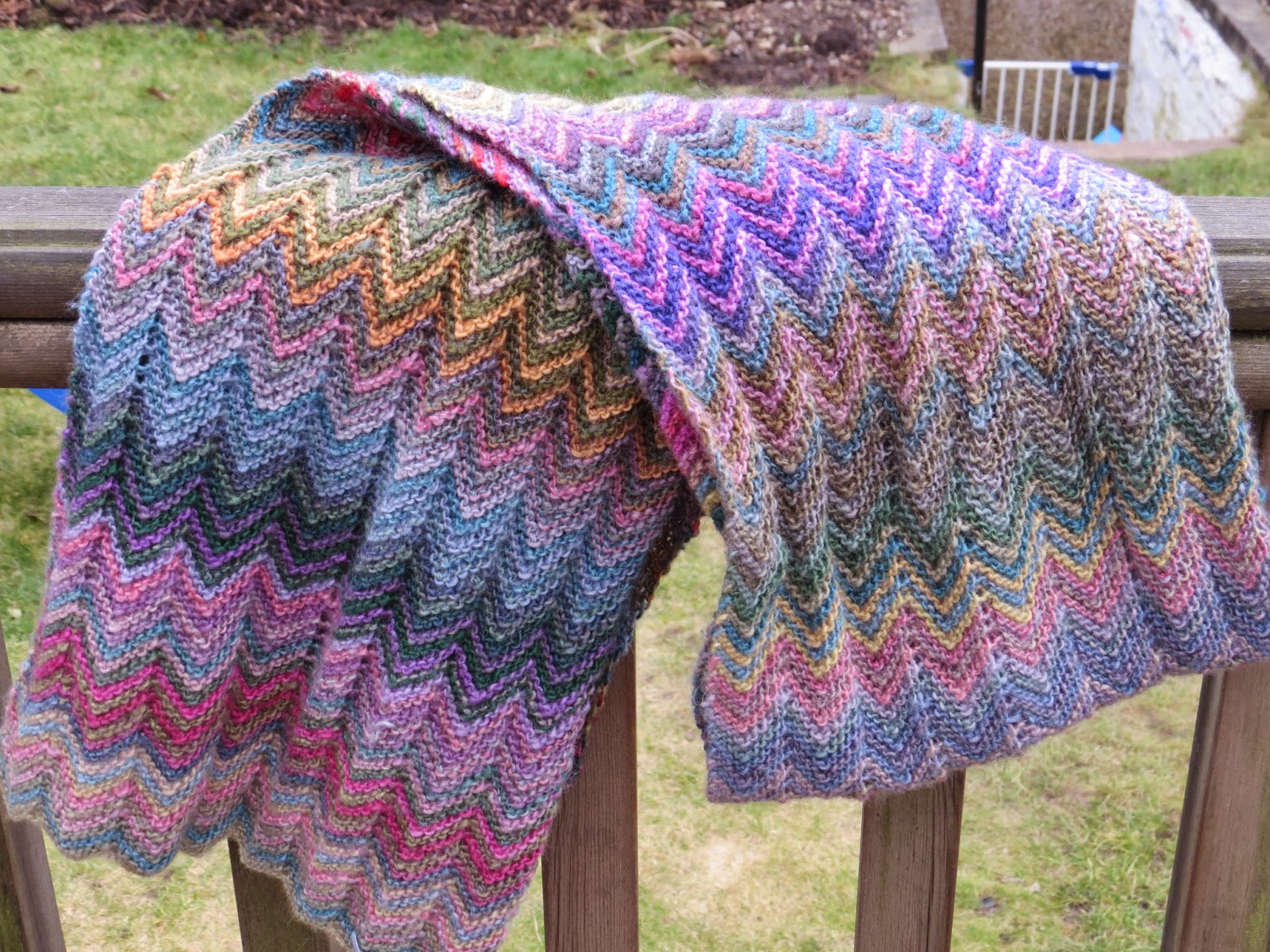 The yarn I used was exactly what the pattern asked for: four balls of Lang Yarns Mille Colori Baby in the colourways 51 and 52. There are other shades but I liked those most. Even though I used exactly the same yarns as the designer, the result is different. Just great. It didn't take that long to knit and the pattern is simple, every row is exactly the same, front and back. It is probably the equivalent of a crochet ripple if you like crochet. I quite like this kind of therapeutic knitting.
The scarf is soft and smells nice. I like the lanolin smell of wool, particularly the non-superwash variety. I made it long enough for two wraps around the neck. 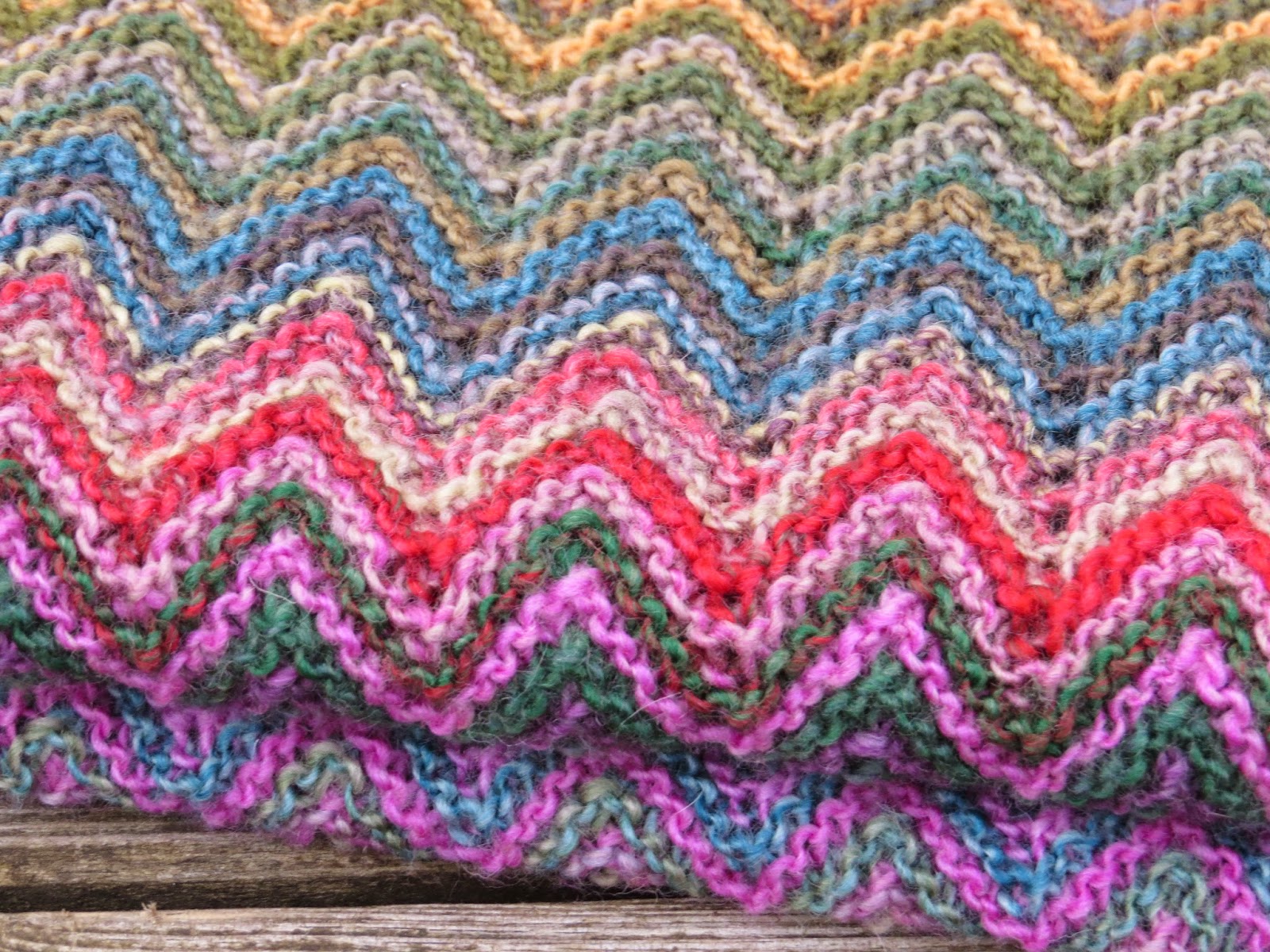 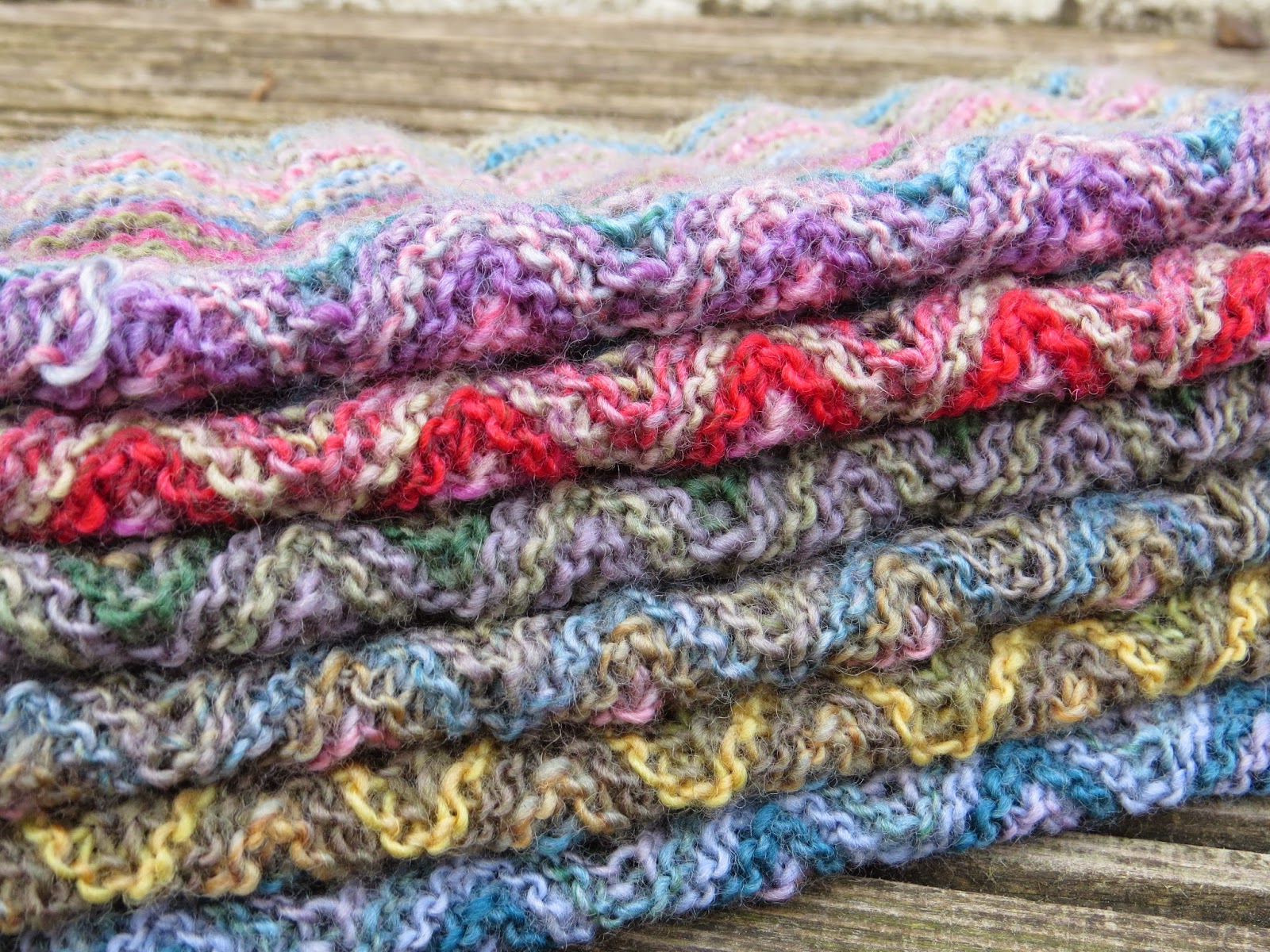 And that's me wearing the scarf. I am also wearing my tired messy mascara free messy hair look. I also forgot to tuck the double chin away. 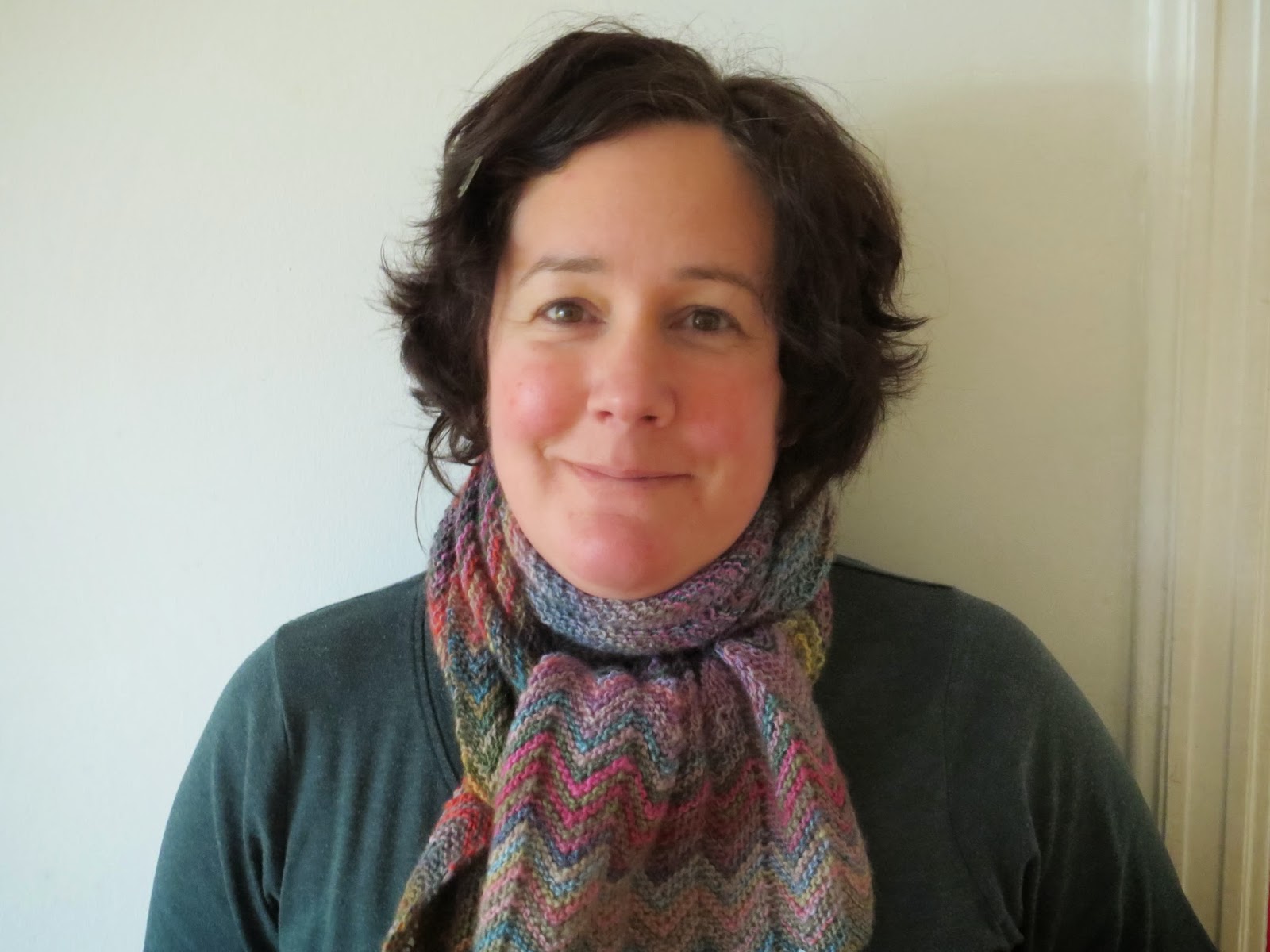 I am very pleased with the result and I do really want to make another similar scarf. It is my only nice scarf because the naughty dog chewed up my other one. Having said that, I would be quite happy if Jack chewed anything at all at the moment. He has been poorly all weekend and hasn't eaten. I don't think he is fasting, just feeling poorly. We moved his puppy cage to our bedroom to keep an eye on him during the night. Jack isn't drinking either and if he doesn't improve dramatically over night I'll call the vet. Poor wee thing. He was outside in the garden watching the cats, which he seemed to enjoy but now he is wiped out. I bet Jack as eaten something that wasn't really for him, a dead mouse or some fox poop. Keep your fingers crossed for this favourite dog of ours. Cx