I usually write about my reading earlier in the month but May seems to fly by really quickly and I didn't get around it until today. 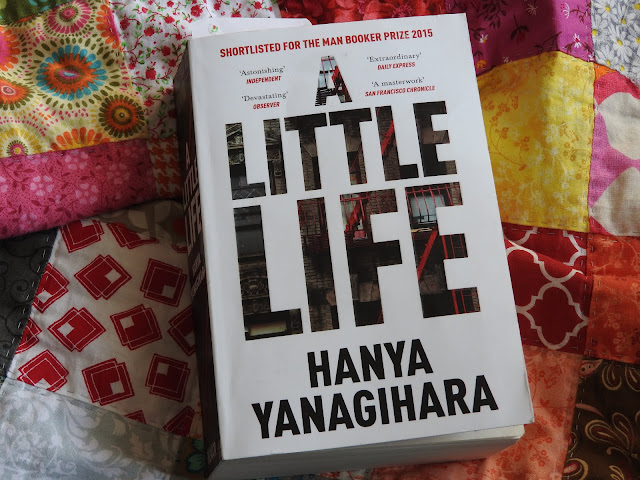 I had planned to read 'Spill, Simmer, Falter, Wither' by Sara Baume. I didn't finish. It is not that I don't like the book, on the contrary, it is heartbreakingly beautiful and sad but full of small moments of intense happiness. It is a love story and a life story. I am going to finish it when I am ready and will write about it then.

The truth is that I got distracted by other books. I was so exited when I noticed that Christopher Fowler had written another Bryant & May crime novel, 'Strange Tide' that I downloaded the audio book immediately and didn't stop listening until I was finished. More or less. I didn't expect another cracker of a book after Bryant was diagnosed with a sinister form of dementia in the last instalment. The book opens with the discovery of a young woman chained to a post and drowned in the tide. How she got to be there is a big mystery as only her own footprints lead to the post. The rapid progression of Bryants mental decline makes it almost impossible for him to investigate crimes, or even find his way home, he is also suffering from lucid dreams. May, his partner, is confined to the house after an error of judgment and as a result, the peculiar crime unit is on the brink of being closed down. Alas, all is not lost and in the end, a series of unusual crimes is solved. Never underestimate two old men, eh? Or maybe I should say never underestimate the imagination of a great author.

I also listened to 'Fellside' by M. R. Carey. This was another captivating book which I really enjoyed. At the beginning of the story we meet Jess Moulson as she awakes from a coma in a London hospital, with no memory how she got there and why she is guarded by a police officer. As it transpires, Jess is accused of the murder of a young boy, who has died in a house fire. After her murder conviction she is transferred to Fellside, a woman's prison on the edge of the Yorkshire Moors. It is not the kind of place you would want to end up. The prisoners in Jess block are living under the rule of a disturbed and powerful woman, Harriet Grace, and a corrupt guard. Drugs and violence are commonplace. The author knots together multiple storylines: Jess' quest for redemption, her legal teams attempt to prove her innocent, the unrelenting rule of Harriet Grace and her accomplices as they force Jess to participate in drug trafficking, and finally, a tragic love story. There is also Jess's dreamworld, where she escapes to when all gets too much, and where she finds Alex, the boy she has been convicted of murdering.

Another fun book I listened to was 'Good Omens' by Neil Gaiman and Terry Pratchett. This is not a book I would recommend to those with strong religious sensibilities, you may not find it funny. Here is the publishers summary:


'The world will end on Saturday. Next Saturday. Just before dinner, according to The Nice and Accurate Prophecies of Agnes Nutter, Witch, the world's only completely accurate book of prophecies, written in 1655. The armies of Good and Evil are amassing and everything appears to be going according to Divine Plan. Except that a somewhat fussy angel and a fast-living demon are not actually looking forward to the coming Rapture. And someone seems to have misplaced the Antichrist.

The book is witty and full of British humour. The narrator is fabulous and really brings to book to life. If you like either authors and a dash of fantasy you'll like this book, I am sure you would.

The book I have chosen for my June reading post is 'A Little Life' by Hanya Yanagihara. Well, I haven't really chosen it, my friend Angeline really really wanted me to read it. It is a long book with a small font size and may well be all I manage. I need to read it real quick so we can chat about it. I have started already and have enjoyed the first 154 pages immensely.

I hope you all have an enjoyable book to read at the moment. What is your favourite current read? Do share. xx