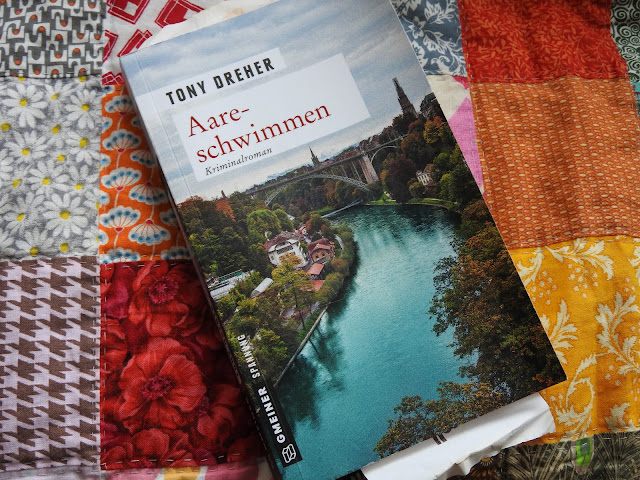 I only just noticed that August is just around the corner (and will have arrived by the time I press the publish button and you read this!).

I am trying to decide which was my favourite reads in July. I really enjoyed 'Lady Oracle' by Margaret Atwood but was a bit disappointed by the ending. It was an 'is that it, really?' kind of ending and not what I expected. I am struggling to remember the protagonists name, would you believe it? Joan? At the start of the novel we find ourselves in Italy, with Joan just having arrived there, after having staged her own death in Toronto to extricate herself from a whole pile of self inflicted troubles. As the book progresses, Joan's story gradually unravels. I particularly enjoyed reading about her childhood, dominated by a controlling mother. I skipped over the short sections of gothic romance that are woven into the story (Joan is a secret author of trashy gothic romance novels)

During our travels I listened to 'American Gods' by Neil Gaiman. I loved this book. It is based on the premise that during the many hundreds of years that America was visited and later colonised by many different kinds of tribes and people, these had taken their beliefs, spirits, gods and goddesses with them. Each and every one of those now inhabit the continent as real people with divine abilities and human faults. It is totally absurd of course but such a brilliant idea! Anyway, the old gods feel threatened by the modern ones, the gods of television, money and power (and more). A good part of the book deals with rallying up the old gods to wage war with the new ones. The central character of the books is Shadow, a recently released prisoner whose wife died in a car crash the day before his release. He is a likeable kind of guy and inadvertently gets himself involved in all the godly warmongering.

Then I devoured two new books of one of my all time favourite crime authors, Caro Ramsay. We did a Diploma in Forensic Medical Sciences together a good while ago. Caro Ramsay's crime fiction is set in Glasgow, which makes it a very enjoyable for me, the local. Some of her characters are based on people I know and I can tell you that those I know quite well are very well portrayed, in a loose sketchy brushstroke kind of way with all the important lines that make them them. Anyway, I listened to the two latest books, 'The Night Hunter' and 'Tears of Angels'. They are described as detective Costello and Anderson novels but whilst both detectives are important they are not the central characters, at least not in the Night Hunter. In this book, we meet a young woman, Elvie McCulloch, who is trying to find her missing sister Sophie, teamed up with retired policeman Billy Hopkirk. It is a hair raising story and I'lll be making sure to only drive over Rest And Be Thankful on the A83 in broad daylight. In Tears of Angels, Costello and Anderson take centre stage once more (but Elvie is back, too) to investigate a series of seemingly random murders and suspicious deaths that are connected only by the presence of tarot cards. I really recommend the audio version for all the books in the series, the Scottish accent is perfect for the stories. The people in the book have depth and character, something that I enjoy.

In complete contrast is another Glaswegian crime novel I read: 'A Pound of Flesh' by Alex Gray. I found this book in the left behind book pile on a campsite and read it quickly. Although also set in Glasgow, I couldn't really get exited about the book. It is a formulaic kind of crime novel, with shallow characters and a predictable plot. The churn out another one quickly variety I sometimes call this type of book.There are two serial killers on the loose in Glasgow (lets hope not!), one killing sex workers, the other killing random wealthy men driving white flashy cars. You can probably see where this is going. This is the second book I read by the same author and I will definitely not read a third one. The funny thing is that this author is much more widely known than Caro Ramsay, I really don't know why.

On that same camping trip I also read 'The Miniaturist' by Jesse Burton. I don't understand the hype about the book now that I have finally read it. Don't get me wrong, it is well written and a book that you'll find difficult to put down. But I thought that the main character, Nella, was not a credible. How she handles a very difficult situation is just not what you expect from a very young woman, a girl really, from a sheltered and entirely different background. I also thought that the story really didn't need the miniatures. These, although central to the story, felt a bit like an afterthought and could have easily written out, to leave behind a still very moving story.

The last book I literally just finished was 'The Killer Next Door' by Alex Marwood. I enjoyed this book a lot. It is not a classical crime fiction book, there is no central crime to be solved by a charismatic detective. Instead we meet the residents of 23 Beulah Grove, six individuals, every one of them with a secret. 23 Beulah Grove is the address where one might end up if all other options have run out. Rent in cash, no credit checks, very dodgy and creepy landlord. The residents keep to themselves but are forced into an uncomfortable alliance one hot summer's night during which a terrible accident happens. What they don't know is that one of them is a killer.... I'll leave you with this. Narration is excellent, I particularly liked the voice of the Liverpudlian teenage runaway Cher.

For August, I have a couple of books lined up. I am starting with a Swiss novel, 'Aareschwimmen' by Tony Dreher. The book caught my attention because of the photo on the cover, which reminded me of a photo I took myself during the holidays. Aareschwimmen is not that easy to translate. In German we create words by stringing other words together, which makes for a clumsy translation because you can't really do this in English. The Aare is the river that flows through Bern, the capital city of Switzerland. Swimming means to swim. Translated it means a swim in the river Aare. It encapsulates a life style really, one that I instantly recognise on the first page.

I won't have so much time for reading in August I don't think. It is my third week back at work and it has been busy. We are also sorting out lots of stuff in preparation of the the building work. Already we took three blue Ikea bags to the charity shop... So much stuff!

Thanks for stopping by. Have a lovely week! x