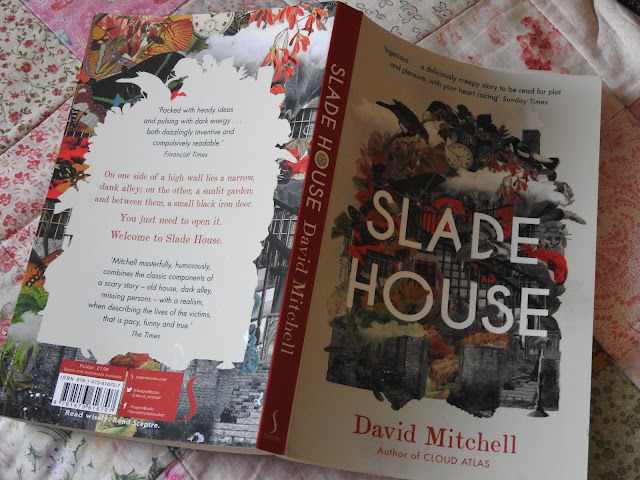 August hasn't been my most successful reading month this year - if success is measured by number of books read, or the enjoyment gained from reading a good book.

I read 'Aareschwimmen' by Tony Dreher. I was attracted to this book purely because of the cover photo. I also wanted to read in my native tongue, German, just that once. This was a crime-spy-conspiracy type of novel with ordinary people being on the loosing side and the big conspiratorial governments and agencies on the winning side. The book starts with Mike witnessing the finding of a body on the banks of the river Aare. Being a small town reporter, he sees this as an opportunity to move up the small town reporter career ladder and starts investigating. Alas, in the process of investigating the body find (which has been wiped under the carpet by the powers to be), he looses his job, his credibility and very nearly his life. He makes friends with a couple of CIA agents, makes enemies from within the Swiss political elite and gets to the bottom of the story, which he is unable to share... Those drawn to conspiracy theories will love this book! Me, not so much but it was enjoyable enough.

I also finished a short story collection by Margaret Atwood, 'Stone Mattress'. I enjoyed some of the stories but not all. Some of the stories revisit characters from other books Margaret Atwood has written. Some are a bit creepy, some a bit boring. My favourite was probable 'The freeze-dried bridegroom'. I am not a big reader of short stories, it often takes me a while to get into a story and with short stories, this may well be when I reach the last page...

A book that I have finished a while ago but forgot to mention previously is 'The sudden appearance of Hope' by Claire North. I like this author, she has written 'The first fifteen lives of Harry August', which I really enjoyed. This is the story of Hope Arden, a woman that no one remembers. She is beautiful, witty, clever and resourceful. Hope is slowly forgotten from the age of 16: a father forgetting to drive her to school, a mother setting the table for three not four, a friend who looks through her and sees a stranger.... Most people forget all about Hope within half an hour of parting ways. With no family or friends,  Hope leaves home and builds a life around her forgetablilty. It is an exiting, dangerous and lonely life. Very lonely. This is her story.

I  am listening to a book I am in two minds about. It is 'Wicked girls' by Alex Marwood. I'll give you to Goodreads blurb:


"One fateful summer morning in 1986, two 11-year-old girls meet for the first time and by the end of the day are charged with murder.Twenty-five years later, journalist Kirsty Lindsay is reporting on a series of attacks on young female tourists in a seaside town when her investigation leads her to interview funfair cleaner Amber Gordon. For Kirsty and Amber, it's the first time they've seen each other since that dark day when they were just children. But with new lives – and families – to protect, will they really be able to keep their secret hidden?"

It is not an easy listen, on the one hand, I am horrified by the events in the girls past, on the other hand, I really like the women they have become (after serving a very long time in prison). I am thinking I mustn't like the women because of the horrendous crime they have committed as young girls but at the same time I can't help liking them. The past is slowly revealed as the book progresses and it may well be that things are not as they seem to be. Anyway, it is slow going and I can only really cope with a few minutes of the book at the time.

The photo above shows the book I have on the go, 'Slade House' by David Mitchell. I really hope I will enjoy it. Mitchell is a great writer but I don't always like his stories.

What are you reading at the moment?

Thanks for stopping by and saying hello! xx
Posted by Christina at 10:43