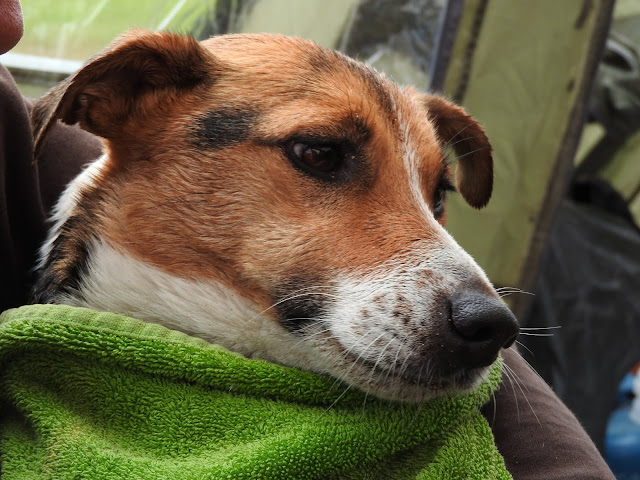 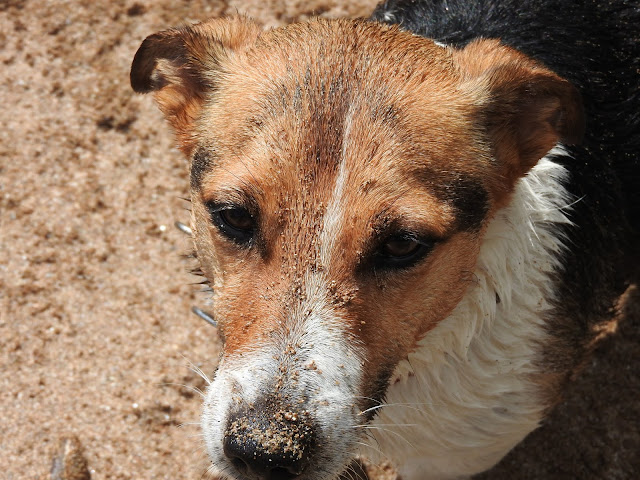 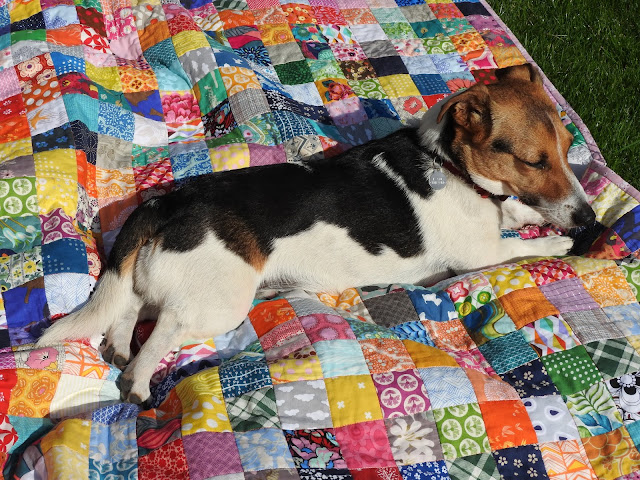 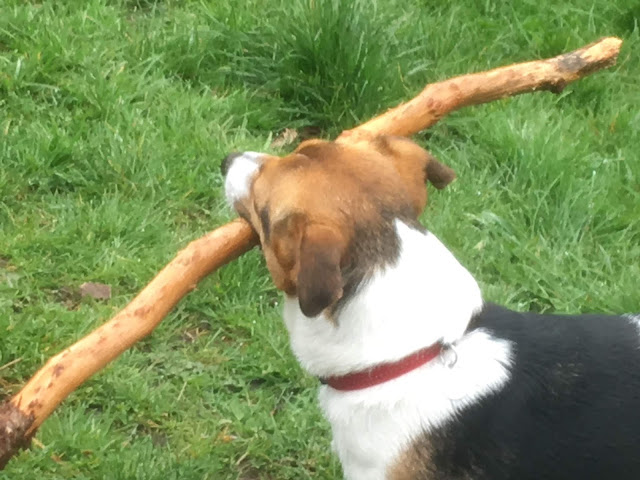 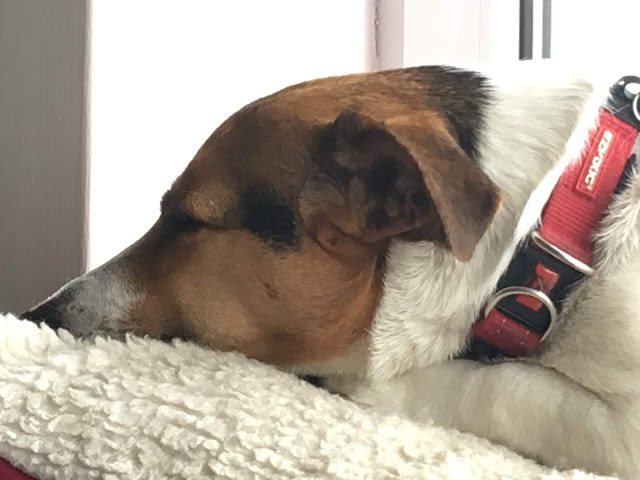 How is your week shaping up? Ours is a bit crazy but hopefully less hectic from Thursday onwards...  I have no new photos to share and present you with a selection of my favourite dog.

I drove Richard to the airport on Friday, he is in Adelaide until Monday next week. Poor chap attracts bad luck when travelling. While still in flight to Dubai he was informed that he had missed his connection. He spent a day in Dubai, then found out when he was back at the gate to board the flight that as a matter of fact, the plane then night before had been delayed and that his bags were loaded onto it while he was transferred to a hotel. Then the bags were offloaded because he was a no show.... Anyway, he is now reunited with bags and is enjoying the conference he is attending.

Of course our car chose to pack it in on that same day. I stalled the engine twice while driving around town and put this down to bad driving but then the engine malfunction light was glaring at me. The car was booked in for a checkup and repair today. It was of course a total pain in the butt to have an extra chore on my list when Richard is away.... but the good news is that I am not a terrible driver after all. There was something wrong with the glowplugs (whatever they may be) and something else that I now cannot remember. I am now £316 poorer.

As a consequence I had to Ueber myself to Tesco's for a weekly shop. I could get used to that. The driver even lifted my bags.

Annie and I shared the house chores on Saturday. She is not usually that generous with her time but she probably feel sorry for me because I have so much work and so little time. I wonder if I can milk that a bit. Annie was celebrating her birthday with friends. There was a lot of giggling in the house before and after their dinner out in town. They all stayed the night and occupied the living room to have enough space for camp beds and assorted girl stuff. Lots of girl stuff.

The boiler chose this weekend to stop working, too. The pressure was not stable and I eventually called up our breakdown insurance to book an engineer. Sean on the phone suggested I try filling up the water in the system to save the £50 excess payment for a callout. I had completely forgotten that I can do this very easily, and have done so previously. All fixed now, no cold showers to worry about. Thank you Sean.

We are changing broadband provider. It will probably all go horribly wrong. I bet the engineer won't show on the day agreed and then won't have another date for 6 weeks, leaving us with no internet at all. Annie will hate me and I'll have to work in the office every day....

I sandwiched Sam's moving out quilt. It took forever and a few minutes and it made me cross. It is by far the biggest quilt I have ever sandwiched. I am now mentally preparing for a month long procrastination period until such a time when I decide what colour thread to use for quilting. I have of course also been stitching my Ice Cream Soda quilt. This is still relaxing and still as much fun as before.

I listened to a week worth of Woman's Hour with my brand new super duper Bose headphones. They are sporty wireless ones and were a present from Richard. The sound is pure amazing and best of all, the ear pieces stay put when I am jogging along. I can still hear ambient noise, which is good for running. Only drawback is that they need charging because they are not wired in.

Work is crazy. It is fresher's week. All my courses are online and at least I don't have to dash around campus. I do have my first live online evening session tomorrow. The timing couldn't be worse. I have to take James into town for youth group, Alistair in the opposite direction for football. I won't be able to collect either... I have found someone to bring James home but not Alistair. Fingers crossed someone takes pity on me at the last minute.

Sam texted me to say that he had tidied his flat. I was going to visit today while in town anyway for a meeting but Richard texted to say I should absolutely not do that, for my own wellbeing.

I think I am giving up hope for an orderly quiet life. Thanks for stopping by and saying hello. xx
Posted by Christina at 20:39