a visit to York and some random nuggets of wisdom 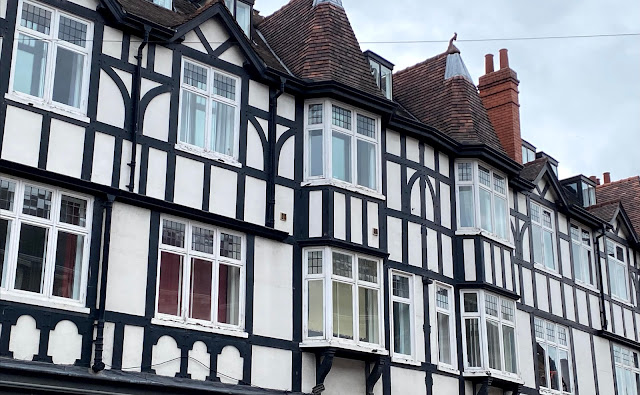 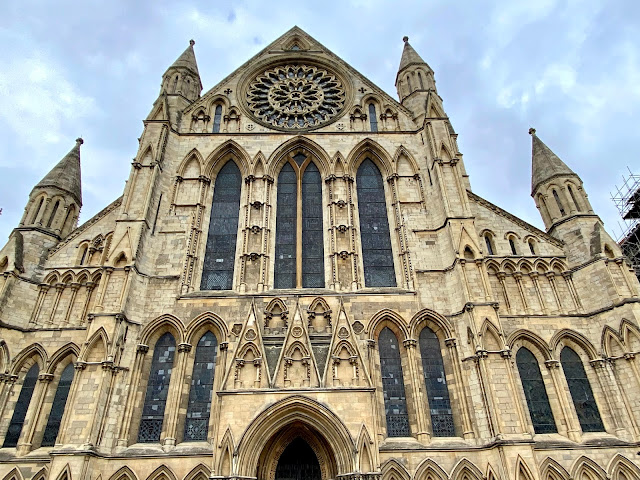 We were visiting Sam in York this weekend, a long weekend for us. The drive down was unpleasant, it took about two hours more than anticipated. But this was soon forgotten because we were on holiday! We stayed in a tiny two-up-two-down house not far from the historic town centre. I think it was maybe a rail worker house in the past. The front door opened right into the living room, which barely had enough space for a double seater sofa. It was a nice wee place though. Friday night we stayed in, Sam came over after work. Sam, Richard and I strolled around narrow streets inside the city walls on Saturday afternoon, after setting James and Alistair up in front of Sam's Xbox. The dog looked after them. Sam's flat is by one of the city walls gate, really central. I felt guilty about leaving the young ones behind but they were delirious with joy, playing Sam's games on a gigantic TV screen. York is such a pretty city but I have to admit, I didn't much enjoy wandering about town. It was so crowded, I felt uncomfortable. England has lifted pretty much all restrictions and it appeared to me that the vast majority of people have already forgotten about the pandemic with ~ 25,000 new cases every day, and several thousand people in hospital and too many deaths (every vaccine preventable death is a death too many). Anyway. I continue to be considerate of others, even if others aren't considerate of me. We spent some time looking for somewhere to lunch and ended up in an Italian restaurant called Little Italy. A table next to the open window delighted me very much. The lunch menu was amazing. In fact, the entire place was amazing. The soft and barely audible background music was 1970/1980s Italian popular music. I recognised every single song (don't judge me, I am part Italian).  Later we went for a walk along the river Ouse, boys, dog and all. The boys didn't want to leave the Xbox of course but a promise of ice cream helped. The walk was lovely and took as near Sammy's workplace which I admired from the outside. He loves his work placement. Dinner was a takeaway in "our" house because it seemed easier with the dog. We opted for Mexican, an excellent choice. Sam stayed late, then took Jack the dog for a sleepover. They had missed each other. On Sunday, we drove to the countryside for a walk along the river Derwent. It was a bit overgrown, mostly with invasive Himalayan Balsam. James and Alistair enjoy a bit of balsam bashing and they were happy enough although they would have much preferred a swim in the river. It was hot and sunny, not at all like I would expect it to be in late September. Dinner was in the beer garden of Sammy's local pub. The food was a bit underwhelming but we didn't mind because being able to spend some time together made up for it. Sam came back to ours again for the evening and left late. It was sad to say good bye but we'll see him again soon. Richard is travelling back down to York next Sunday to spend the night at Sam's before attending a funeral in Harrogate on Monday. May the gods of the forecourts have mercy with him.

On Monday morning the heavens opened, good timing because we had to leave York to go back to Glasgow. Of course we didn't have enough petrol to take us all the way back. When we left, the world seemed quite normal. Our back up plan was to park the car in Carlisle and take the train home, if no petrol was available. We found some at the fourth forecourt we checked and all was good. For those of you not living on this island, Britain has gone bananas once more, not toilet paper and tinned tomatoes this time but fuel. Soon to be followed by Christmas turkey panic buying. I am starting to despair over the state of Britain and I have lately questioned my sanity over making it my forever home. Alas.

We made it home in time to take the youngsters for their Covid vaccine. I found a very local vaccine drop-in centre, super efficient and friendly. We were in and out in 22 minutes, which included the 15 minute post vaccine wait. I was very keen for James and Alistair to get vaccinated as soon as possible so that's that one ticked off my list. Of course they gave their full consent, we have talked vaccines plenty.

Now I am going to chill out for a bit before getting ready for work again tomorrow. I never quite stopped of course because online education never stops. I brought my laptop to York... so that I could kickoff my teaching week promptly on Monday at 8 am.

Before I sign-off for the evening, I must apologise for not visiting all my favourite blogs. There is a problem with my blog feeder, which does no longer list all new posts of blogs I am following. It is a mystery. Does anyone else experience this? I am using the Blogger reading list for updates.

Thanks for visiting. Sorry, not many photos of York, I was too busy having a good time with my oldest son. It was so lovely to see him. He is really good company.